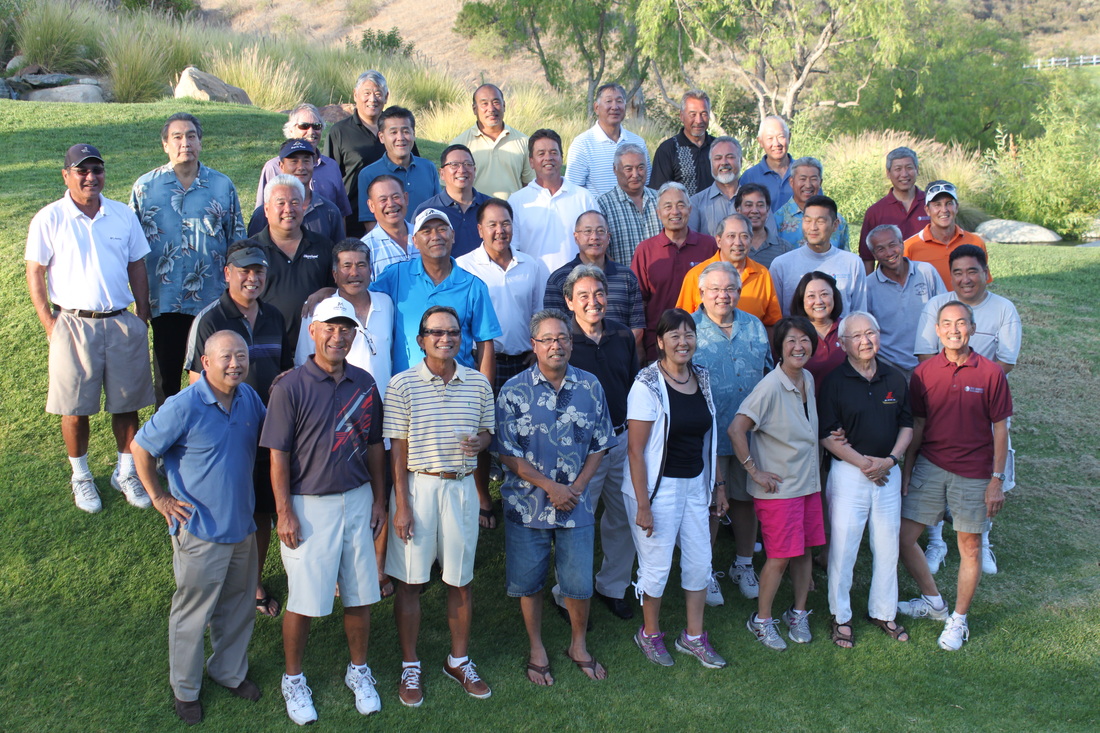 In the first week of June, the Seiji Isomoto Scholarship (SIS) Fund held its 25th and final fundraising golf tournament at the Black Gold Golf Course in Yorba Linda. The inaugural event was originally organized in 1989 to honor the late Seiji Isomoto, founder and manager of the Laker sports organization that dominated Southern California Japanese American community basketball for almost 20 years in the 1970s and 1980s. The Lakers also sponsored baseball teams and women’s basketball teams and all under the guidance of the man all the players called Mr. Isomoto.

While other Nikkei community sports organizations and teams maintain relations after their playing days, the former Lakers have shown a remarkable sense of loyalty to their mentor and to each other over the years. Given the history of the Lakers, this is not surprising. Seiji Isomoto created a Laker family as much as a sports organization over the years. A successful owner of the Isomoto Gardening Service, which did landscaping for big and small properties, Mr. Isomoto also loved sports. When his sons entered Maryknoll School, near Little Tokyo, they began competing in the Japanese American youth sports programs as the Maryknoll Angels. When the youth teams graduated to the adult Southern California Nisei Athletic Union (SCNAU), Mr. Isomoto changed the name to the Lakers and began organizing more and more teams.

In some ways, Seiji Isomoto was Jerry Buss (the late owner of the Los Angeles Lakers) before Jerry Buss, who only came to prominence in 1980 when he bought the team. Mr. Isomoto was extremely competitive and made a point of recruiting the best Japanese American athletes he could find. From teams with the sponsor names of Penthouse, Yamasa, Toyo Miyatake and F.K. Nursery, Laker basketball squads dominated SCNAU hoops. From 1970 until 1987, a Laker team won the SCNAU AA title 11 times. Often, at the AA and Aye Plus levels, two Laker teams would meet to play for the championship.

Like Jerry Buss, Mr. Isomoto also enjoyed living well. He always dressed nicely and loved to eat. He also made it a priority to take care of his players, paying for their travel and hotels to out-of-town tournaments and hosting their meals. Several Laker players recalled him taking them to the racetrack or showing them how to gamble in Las Vegas. In an era when there were fewer athletic tournaments, he organized a baseball tournament over Labor Day weekend and the Yamasa Kamaboko basketball tournament over the Thanksgiving weekend (and recruited his wife and children to volunteer to run the events), which set a standard for other tournaments in San Jose and Sacramento. He was known for helping his players find employment and always took a personal interest in their lives.

Ken Tsuboi traveled all the way from Northern California where he works in Menlo Park to attend the tournament and dinner, even though he did not play golf. Younger than most of the other Lakers, he was asked to speak at the end of the evening to relate his personal story about his relationship to Mr. Isomoto. Tsuboi explained that when his father died in 1973,  Mr. Isomoto comforted his mother and said, “I’m very sorry. Don’t worry. I will take care of Johnny and Kenny.”

In fact, Mr. Isomoto brought Kenny into the Laker family, participating in both youth baseball and basketball. “He made sure that I had a way to make it to the games, even if it meant that he personally had to drive cross-town to pick me up,” Ken explained. He added that he wasn’t a star athlete, “I was the tenth guy on an eight-man squad. You see, Mr. Isomoto used sports as a platform to help people and build a community. We are all part of that community. It’s nice to come back 40 years later to see my old friends.”

When Mr. Isomoto passed away in 1987, many of the Lakers gathered together after the funeral and began throwing out ideas on ways to thank their long-time benefactor. “Rod Tange said we ought to do something,” recalled Jim Kovacs, one of the original members of the SIS Fund Organizing Committee. Rod, Jim, Scott and Shelley Shinmoto, Ron and Jeannie Toshima, Mas Hori, and others decided to organize a charity golf tournament to raise funds for scholarships. The irony of organizing a golf tournament was that only Scott actually played golf and for 25 years none of the original organizing committee ever picked up a club to participate. In all, the golf tournament funded 116 scholarships for Asian American high school seniors over the last quarter of a century. What made SIS scholarships different was the emphasis on athletic achievement, something Mr. Isomoto would have liked.

It also organized the golf tournament with Mr. Isomoto’s philosophy in mind. When running the baseball and basketball tournaments, Mr. Isomoto would remind his players who volunteered that there would be “No Shasta (cola).” Only Coca-Cola or Pepsi. “We interpreted that to mean that everything had to be first class,” Ron Toshima recalled. “There could be no substitute for quality. In the 25 years that we ran the golf tournament and scholarship banquet, those words were always in the back of our minds.”

But, just as important, the golf tournament has acted as an annual Laker reunion. It consistently garnered the support from the former players, their families and friends. While almost all of the Lakers were outstanding in basketball and/or baseball, not many of them were experienced golfers when the tournament was started. This explains the scramble format, which allows each golfer in a foursome to hit, with the team choosing the best shot and repeating the process until holing out.  While some teams have been outstanding (i.e., Steve Jackson and sons), others have participated with the main goal of having a fun time (ask Gail Tanaka, Doug Aihara, me and a fourth golfer Doug would recruit).

The tournament thought it had a permanent home at the former Industry Hills golf course in the San Gabriel Valley, but moved after 20 years due to a change in management. After a brief stint at Angeles National in Sunland, the SIS tournament landed at Black Gold Golf Course and happily completed its run there. At the awards ceremony and dinner program, Kovacs recounted that the event hit a little slump after about 10 years, but “Alan Kato really picked it up. Then, about five-six years ago, Kirk Tanioka stepped up” and brought support from the Sansei Legacy group, which helped the tournament rejuvenate itself again. Tanioka also became part of the organizing committee.

Frank Kawana, who runs Yamasa Enterprises and was the first Laker sponsor, took the opportunity at the dinner to recall his long-time friend. “Seiji was truly a gentleman and was concerned about youth,” Kawana noted. “He let me have the credit, but the truth is, he never sent me a bill (for sponsorship). He paid for the uniforms and entry fees himself.” Kawana remembered that Seiji would often call him to share information on places with “good apple pie.” Towards the end, Kawana reminisced that even after diabetes had taken away his vision, Seiji and Frank would still visit and talk about the good old days.

At the end of the evening, all of the organizing committee members were happily distributing extra shirts to be given to those unable to attend. As the old Lakers filed out into the night, Ron and Jeannie Toshima assured them that even with the conclusion of the golf tournament, some sort of Laker reunion event would be planned in the future. Seiji Isomoto would have been pleased. The only thing missing was Coca-Cola and apple pie.